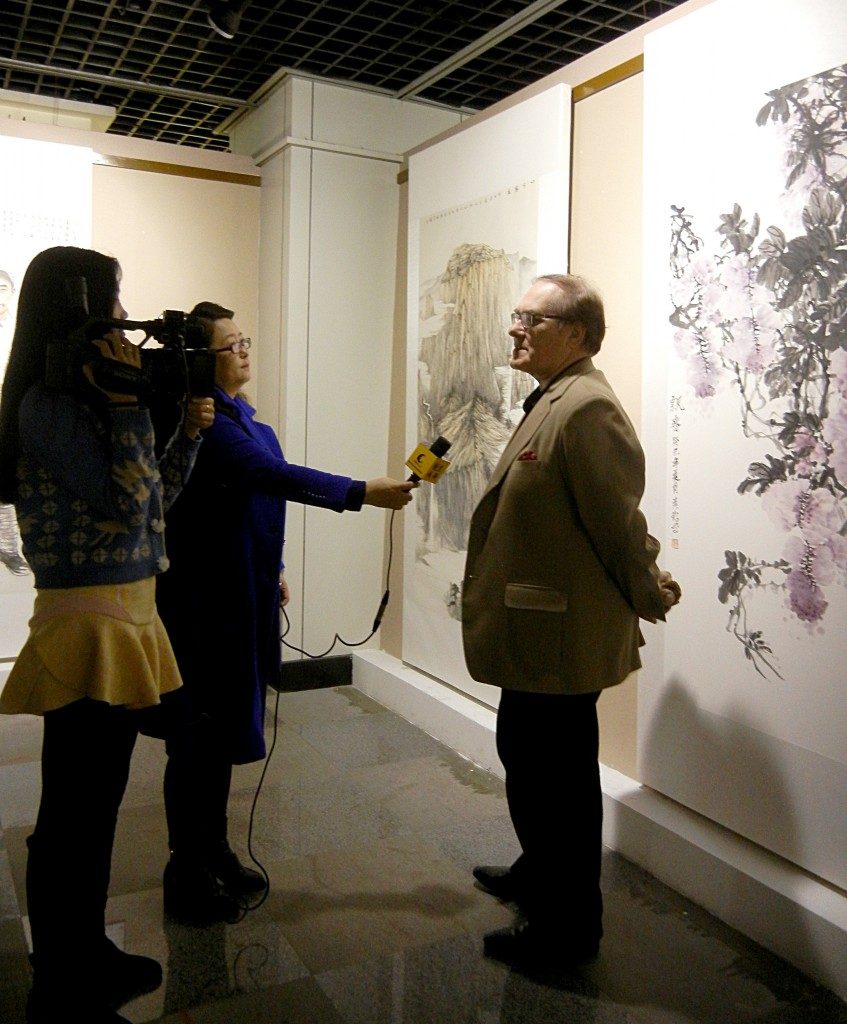 “Nothing great is achieved without passion” Francis Bouygues.

This maxim, Alain Rousseau made his honey. And these are not the passions that have missed him throughout his life. He first conducted studies of artistic Humanities in Belgium who introduced him to the art and decoration. But his father, an engineer, did not hear it that way and was adamant that his son embraces a “serious” career in a rational activity as hers. Therefore finite reveries of the solitary walker, nose to the wind breathed ethers artistic creation and therefore had to spend on for less aesthetic and work in a society worthy of the name. He realize anyway, before entering the workforce , the need to create and paint that was in him by painting just before his military service thirty paintings “challenges to his father” before hanging brushes for forty years.

After graduation he will then start to work in the building and public works , and Bouygues , at that time the world leader in building and public works built almost anywhere in the world. There regularly meet with founder Francis Bouygues , an engineer high school successful in this industry and it will find him at the end of his career an unexpected facet of a rationalist engineer, kind of snub to his father , as his secret passion was the seventh art which he devoted some success with the end of his career. Alain Rousseau then continues his career in large international groups traveling the world after a stint in the first French television channel TF1.
He considers that there is a modest similarity between the approaches of Francis Bouygues and since hers too, after a busy Director of Human Resources in large international corporations’ career, it will show the hidden face of his rationalist personality, Learn the art and painting to which he now devotes himself with happiness and passion. Actually it never left , but had to settle for a long time professional life requires , run galleries and auctions to see flash before his eyes the works of others .

Fate would soon make him a nod and give him the opportunity to pursue his passion. Reached the end of career , the desire to paint the itching , he was immediately enrolled in Strasbourg during painting Sylvie Weber and then Antony Pascal , a French painter living in Germany who had his schooling at the painter Italian Primo Conti “Academia di bella arti” in Florence and in marching many foreign artists. This benefit to participate in exhibitions in Paris and Strasbourg for five years. 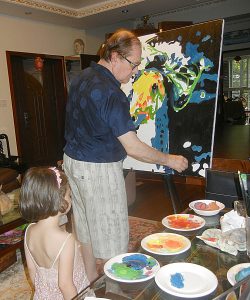 In 2008, his wife , Chinese with whom he has been married for seventeen years and is a native of Sichuan , will wish to enjoy the end of the activity of her husband to leave France and return to her parents who live to Chengdu accompany them in their end of life. Alain Rousseau doesn’t hesitate long before accepting because he is in China for a long time (1981) and in general it feels good. He appreciates the culture and history of China and Chinese cuisine, and he knows that matter Chengdu did not disappoint.

It will therefore settle in Chengdu combining French lessons he gives to Sichuan Normal University first and specialty courses at the University of Sichuan , in the exercise of his passion, painting, to which he devoted himself with frenzy. And this is where it really frees constraints what all students with paint; learn to create models without sticking to the great masters. He compares the situation a bit now from its beginnings in the early boat glued to a large ship whose size seemed so huge, like the great painters, and then with time away from it this ship becomes a small dot on the horizon and it must pass single reference model.

Since 2008 he has come to know his background and Sichuan environment six years among the people he meets in all his travels he made buses to mingle with his life. It is also in perfect harmony with the artists he met in Chengdu since he is a member of the Artists Association of Chengdu. He said carried by the hectic atmosphere in the city he sees change daily and havens that represent the many tea houses where grown so well the art of Chengdu enjoy life and time enjoying one of the many green teas while nibbling some appetizers. At this time the spin moments like sand between the fingers and the time is ticking with confidence. Indeed, he admits that when he called back from a trip: «I go back home,” he does not speak of France but of Chengdu.

He also admits that to live in China, watching the work of Chinese painters (on art television channel) and some courses in traditional Chinese painting made with an old master in his time in Chengdu the positive influence in its creation. He feels that his creations are appreciated both Chinese and Westerners who bought him his paintings.
As he said at last, he is left with now only two things to achieve in China, put into practice
the motto of the great collector Sino – Indonesian Budi Tek namely: “Believe, hope, love,” and while his name, Rousseau, is already famous in the world (the writer Jean Jacques Rousseau, the painter Henri Rousseau said ” customer ” and Theodore Rousseau founding painter of the Barbizon school), it has yet to successfully make a surname.