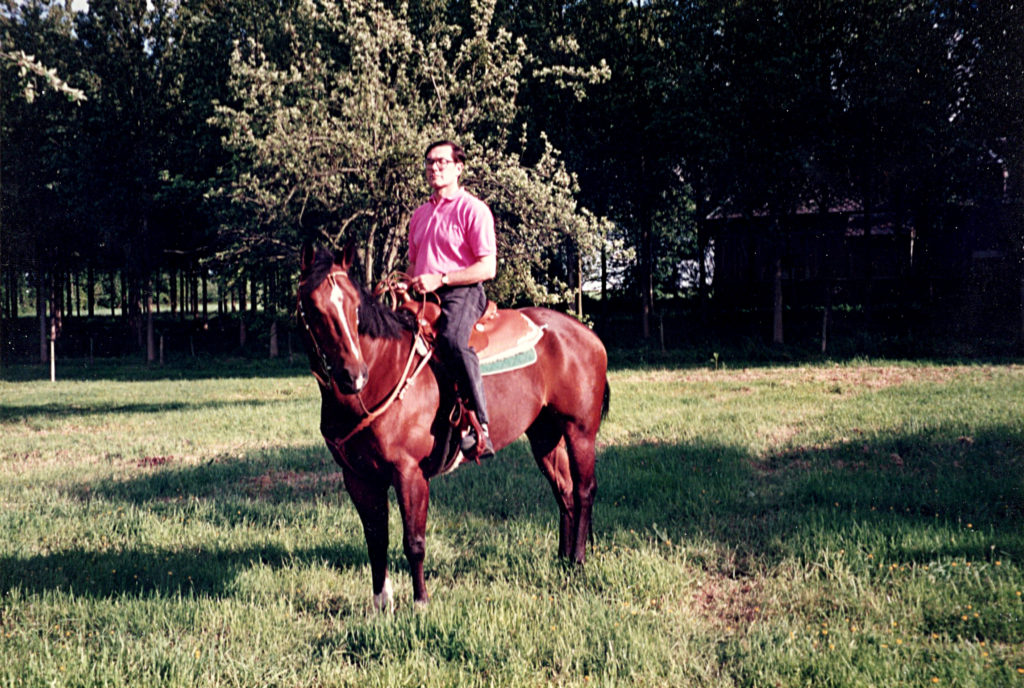 Alain on his quarter horse

The imaginary of the sweet powerful, by Alain Rousseau.

“Allah took a handful of wind, tell the legend, and created a horse which he said:” I have attached to your brow hairs the success, I have made you king of the domestic quadrupeds. ”

Our ancestors believed that an animal as remarkable as the horse could not be from a regular race. I think so too. With the horse reminds me, I feel a special affection for horses. I have worked very closely to them; I have raised some and taken up. I keep move memories and if I did not at that time whispered in the ear of my horses, I now dialogue with those that I create in my paintings. This brings me back to mind many impressions from them that I would call them the soft powerful. The etymology of the word horse dates back to Sanskrit and refers to a form of perpetual motion, powerful, fast but full of wisdom and harmony. This source is perfect for me and summarizes this dual aspect of the horse, of the yin and yang coexisting in him.

The horse thus often appears as a paradox, both magnified in mythology (in which he also oscillates between male and female symbol, warrior and peacemaker, fire and water, death and rebirth …) and fables popular, and also humble companion toil of man for centuries controlled the toughest tasks. This double symbolism is found in many mythologies (Central Asia, Ireland, Europe, African voodoo, Tahitian, Celtic …) where the horse is associated originally “darkness of the chthonic world emerged from the bowels of land and depths of the sea. »

Horses, sometimes sphinxes, represent the unconscious forces of man, his lower personality, his instincts. As the sun or cosmic messenger, it is also the symbol of intelligence: “The royal rider symbolizes complete control through the power of the mind.” it is soft, warm, socially rewarding, and likely to carry, non-judgmental and non-intrusive, and it is an animal capable of dialogue, because it is non-verbal and he then established a sensory communication, complicity in allowing an opening to the world, gain confidence and opens a door on happiness.

We can find american men, it seems, whispering in the ears of horses. In Russia, it is the opposite: it is the horses that whisper in the ears of men … The greatest russian writers (Tolstoy and Alexander Kuprin) reported the confidences of these talkative horses tell us a lot their secret thoughts. I therefore seek to develop this dialogue, I talk to them or they talk to me about this and it is on the canvas that we transcribe our conversations as if we were both gifted with speech and deeply human.

It is the “prosopée”, the exact equivalent of the Greek personification, however, in french style, the contrast between the two figures exist. In “prosopée”, the speaker gave the floor to the fictional character, which can even interact with the issuer or the narrator, as the personification only attributes human feelings or behavior to inanimate objects or abstractions.

Symbol of power, war mount, the object of worship, nobility, integrity and bravery, he was indefatigable auxiliary conquerors, the ideal companion in arms, hunting and princely games. Adorned with all virtues is sometimes the subject of superstitions.
It seems that it is in China that the horse has been used in a more consistent way to its immense possibilities. Around 3500 years before Christ, the horse reaches almost divine status and the Chinese emperor Wu Ding, who died in 1118 BC. AD speak to him regularly. 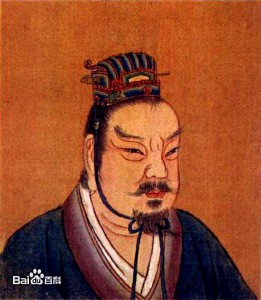 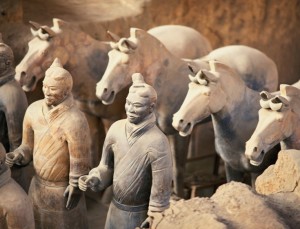 The horse has five senses but some even refer to the existence of a sixth sense that would predict the weather or danger. It has a very fine hearing, able to identify a mouse in the straw 100 meters which allows him to feel earthquakes before humans or receiving ultrasound. It has a developed sense of smell thanks to highly sensitive olfactory cells that line its wide nostrils. Smell is also used to inspect unknown objects, recognize friends and enemies. So the horse has an excellent memory capacity, and it holds everything! (Have a memory horse). Must blow into his nostrils as you approached him. By emitting pheromones receives the elements of your identity and so it will recognize who you are. Be careful if you have beaten or hit it yourself remember long after. Do not go then to reach because it irons avenge a good kick. 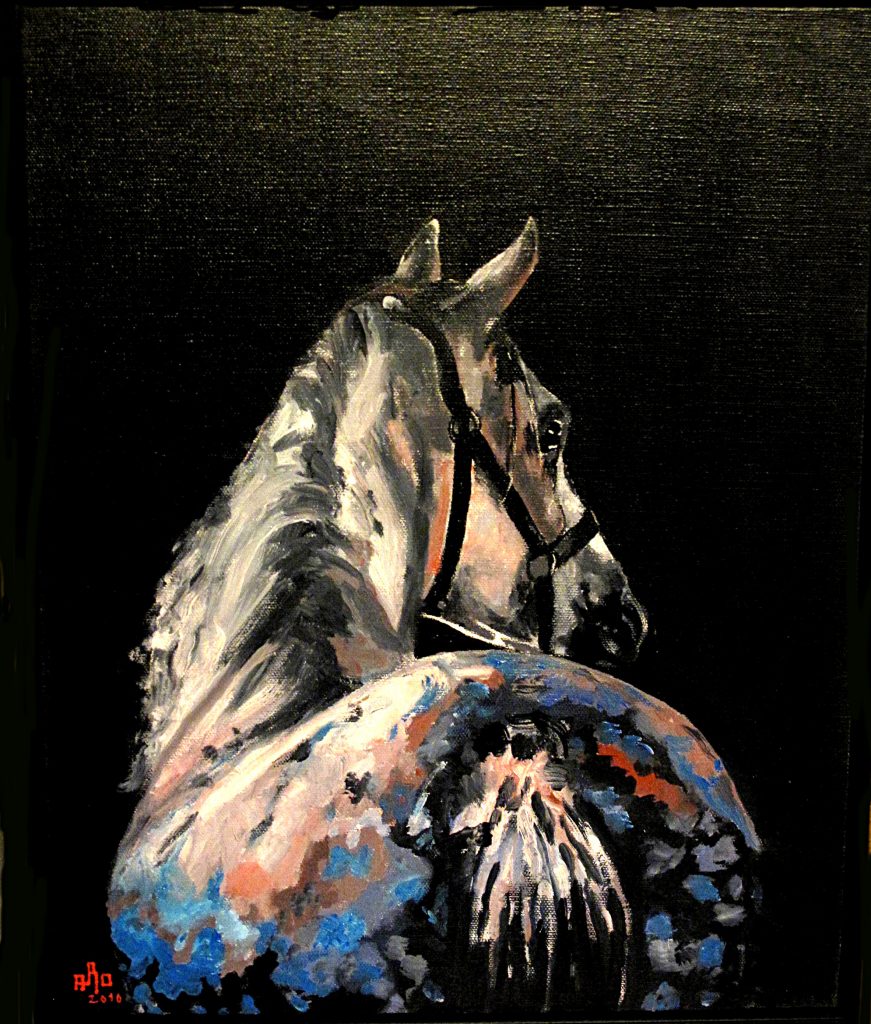 However, it lacks a symbolic language like ours that would allow him to appoint emotions and categorize according to predetermined conventions and it is in this sense that I want to give them a voice and transcribe their emotions and feelings in pictorial form.

I borrow from Antoine de Saint-Exupéry with “Le Petit Prince”, the words he puts into the mouth of the fox to apply to relations with horses: “My life is monotonous. […] So I’m a little bored. But if you tame me, my life will be sunny. If you tame me, then we shall need each other. You will be unique in the world for me. I would be unique in the world for you … If you tame me … please! […] If you want a friend, tame me. […] I will find the price of happiness. “

It should also be noted that the language used to describe horses has nothing to do with that used for other animals. In fact identical to that described for the human language is used. We speak of mouth and not of gob, nose and not of snout, legs and no paws, arms and forearms, dress to describe the color of its coat. Not surprising that they calls greatest conquest of man.
It is this soft power that I transcribed in my paintings with the secret hope of getting my painting by attitudes like my roosters and my smoking women, so close to the men and their facial expressions.