The rooster has always attracted me by its universal symbolism. All civilizations whether Western or Eastern attributed the symbolism of the sun or moon that embodies the transition from darkness to light that announces the daily resurrection of the star of the day and presides over the defeat of darkness animal itself . The rooster and the sun are closely linked in the minds of men. It is always a spirited and combative sacred bird that is associated with eloquence, to victory, vigilance, fertility and lust. In Western Freemasons Its color was important because it corresponded to one of three songs that rooster sings at dawn. The first is black rooster because her singing is pushed during the night, and the second is red as the color of dawn and symbolizes the struggle of darkness and light , and the third is white because the light has conquered darkness. This is a richly colored animal whose plumage is resplendent and varied color that allows the ramblings and interpretations of painters, which allows me to play a lot with those colors. 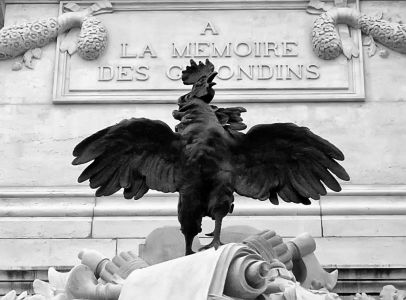 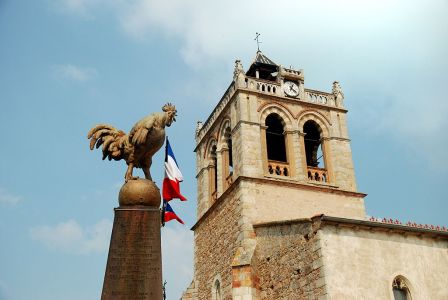 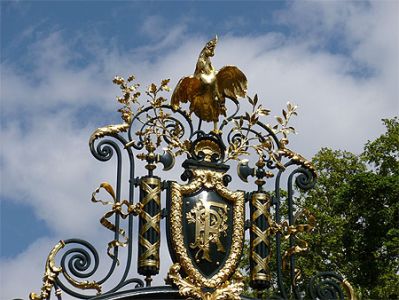 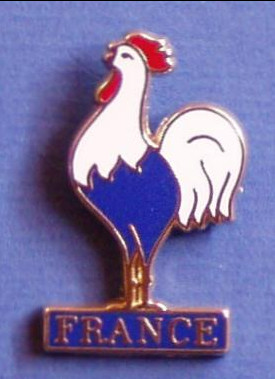 The rooster is the emblem of France; it was the Romans who named the inhabitant of Gaul gallus (Gauls), a word that also means rooster. It is represented in all the documents of the Republic, but also adorns the official buildings and towers of all the churches in France are facing the east where the everywhere knows that the sun rises. Lucky, prophet healer, rooster often represents courage, intelligence, and is readily associated with the resurrection. His approach, chest forward, pretending to be proud. Because it has many hens alone, we made it a symbol of virility.

The Chinese see the rooster as symbolizing the main five cardinal virtues :
– The official homophone peak ( Kouan ) indicate its intellectual dispositions , more like peak also means that is a symbol of politeness.
-The pins are a sign of its military prowess. -Rooster attack face, evidence of his valor, he still faced up to his opponent. -He is generous: when scratching the earth, he find grain, he calls his hens. -It is trustworthy and punctual and he never forgets to announce the hour.
– Finally, it is fair, as tell in the story of a monk in Nanjing in the late Ming confused by such kind of brave rooster.
It is also considered a very punctual animal that signals the arrival of men of the day. Considered as the messenger of the sun, it is also the boss who said that the rest is done. 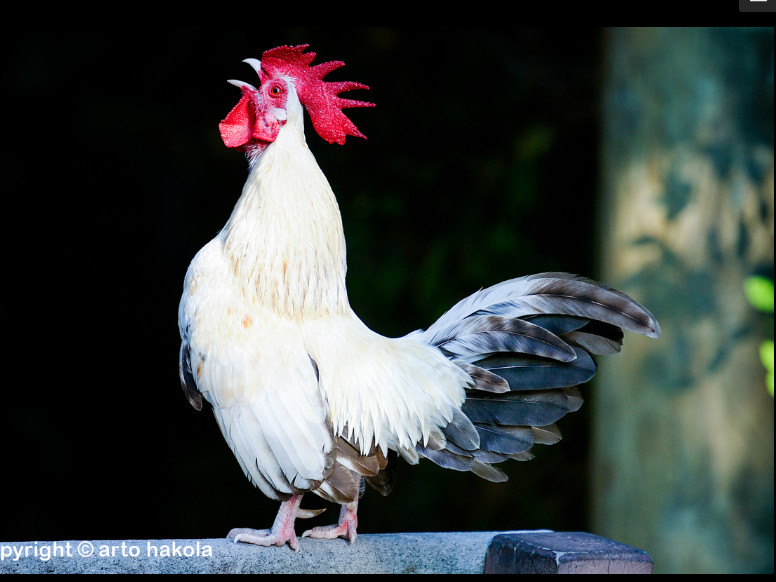 For Chinese, the day is the best time to work. The rooster is an example because even domesticated, it never ceases to tread and scratch the ground in search of food. His name is in Chinese homonym of luck. Her clear and powerful voice helps her pride in giving an authoritative air, pretentious, even protest, temperament which confirms its willingness to assume his responsibilities only by fighting fiercely opponents. Seductive and brave men do not show him the glory he deserves, although they often take as a model of punctuality and courage. It is also famous for casting out demons. In Chinese legend, the demons fear most is to hear the cry of the rooster. Indeed, the demons can only survive in darkness. When the rooster crows, it means that the daylight comes and demons, it means that it is now begin working so clear off. 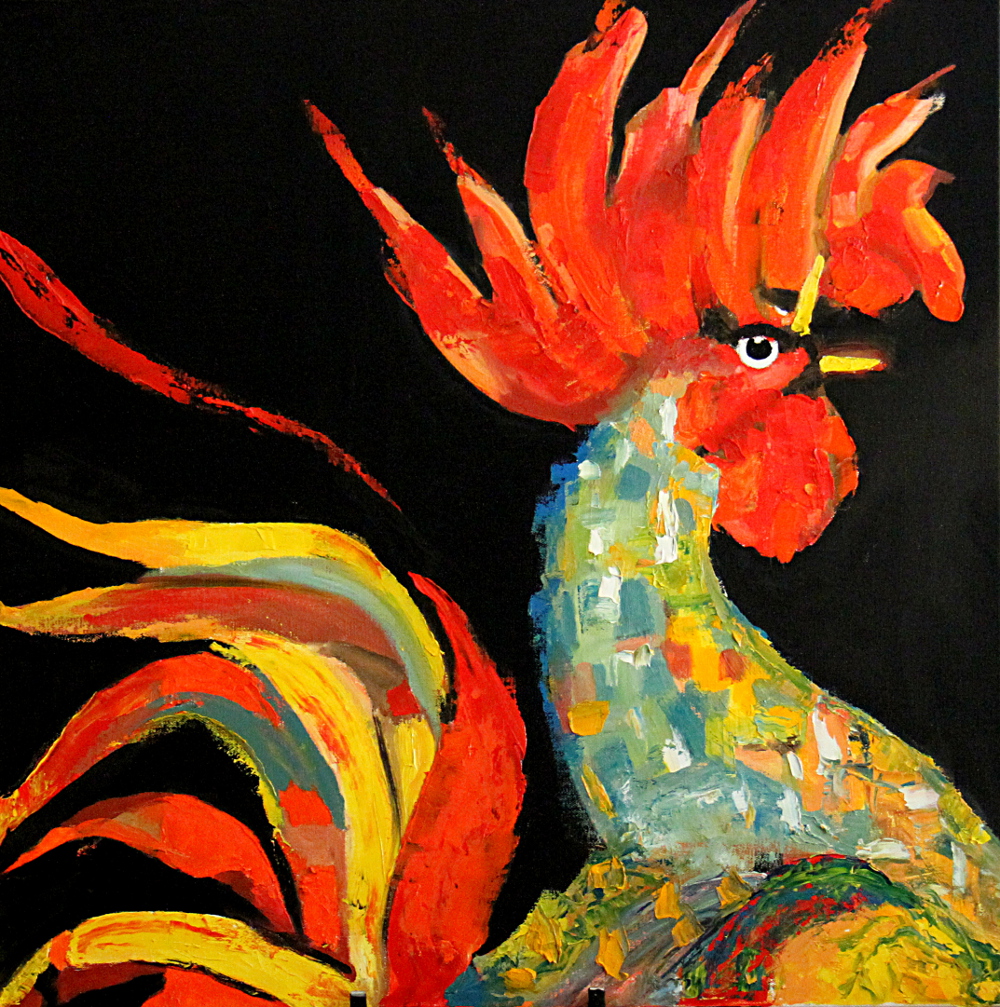 In short, the rooster is a highly symbolic animal that arouses all sorts of associations and memories in the mind of man and my painting in China I like to combine all these beliefs in semi-figurative paintings whose eye generally challenges the viewer and allows initiating dialogue with him. It may further add that the rooster is represented in many famous paintings that adorn museums all over the world. 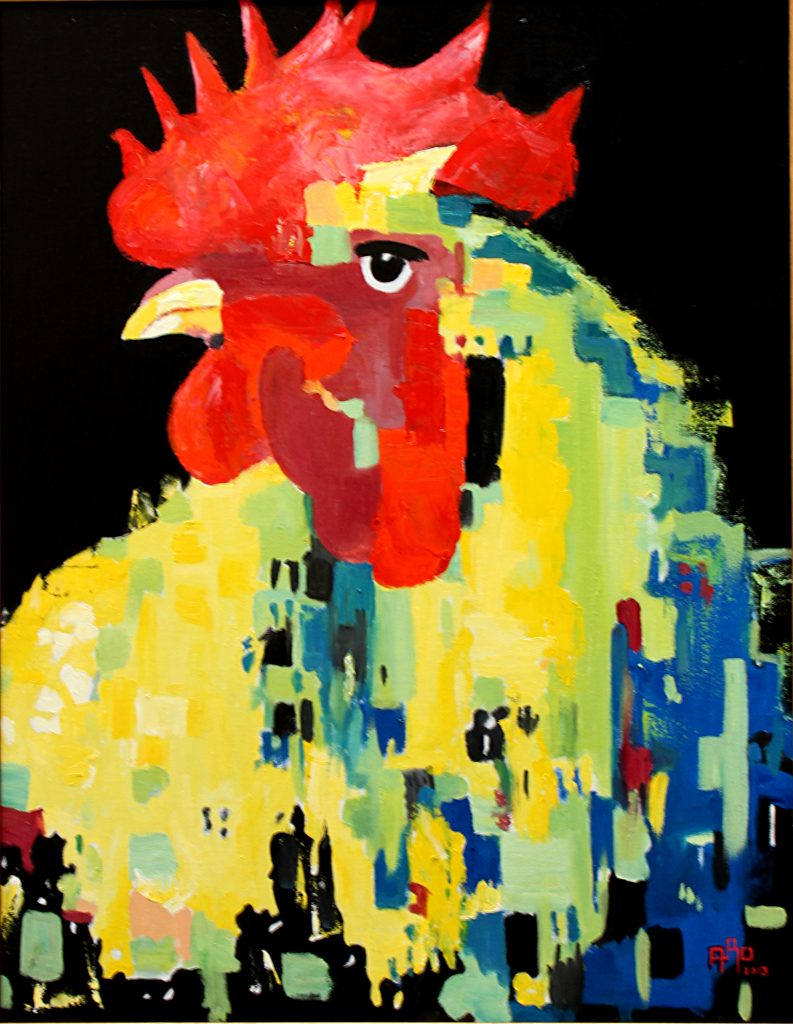 Also perhaps because it is me in terms of character and I find myself in its characteristics. More my Chinese zodiac sign is: Rooster of wood! That is a masculine yang symbol, associated with wood; he personifies the warmth and life.